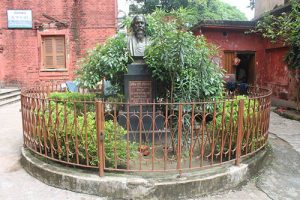 In Kolkata, the day of Rabindra Jayanti in the month of May is marked with flowers, songs and recitations. Every street corner, club and school is decked with white blossoms and resonates with the plaintive tune of “Hey pochishe Baishakh/ Chiro nutonere dilo dak”.

The Oriental Seminary, an old school at the far north end of Chitpur Road, is no exception. As a matter of fact, the national poet’s birthday is celebrated here with greater devotion because The Oriental Seminary, established on the 1st of March 1829, happens to be the school where the poet studied for a few months in his childhood. But in the year 2015 the poet’s birthday celebration got a new dimension with the inauguration of the school archive – an airy room on the first floor of the building, where old letters, documents, records of meetings of the school governing body, old syllabi, laboratory instruments, glass negatives and portraits of illustrious alumni are displayed on the four walls. 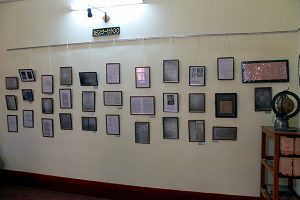 Perhaps The Oriental Seminary is the only school in Kolkata to boast of a school archive. It was the fourth school to be established in this city that boasts of visionary educationists and social reformers like Raja Ram Mohan Roy, David Hare and the Tagore himself.  Gour Mohan Auddy, a gold merchant by profession, was one such visionary, who was inspired by the ideals of Raja Ram Mohan Roy’s vision of modernizing the country through western education. Auddy founded The Oriental Seminary with the mission of educating the Indian middle class in English and western sciences. He was supported in this endeavor by several zamindars residing in Calcutta. It happens to be the first private funded school to be set up in Calcutta. The other three schools, namely, Hare School, Hindu School and Sanskrit Collegiate School had been set up with Government funding. Learning of English language to serve the British Empire was the basic reason why the schools began coming up one after another. However, western education also posed a threat to orthodox Hinduism. The orthodox Hindus believed that Hindu children who studied in Hindu College were being converted to Christianity. Michael Madhsudan, Rev. Krishnamohan Banerjee was some of the instances. They looked upon Hindu College as ‘Terror to Hinduism’. That is why The Oriental Seminary was established, where Hindu boys would learn English at a low cost and without the threat of being converted to Christianity.

Developments by the British on the Establishment 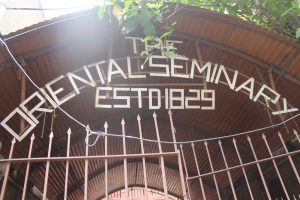 Besides the main school in Chitpur, The Oriental Seminary had two branches – one in Bhowanipur and the other in Belghoria during the 1850s. In addition to following a curriculum on western education, the school also ran a Bengali Pathshala. The emphasis was not merely on academics. Nutrition, physical culture, debate, drama were part of the curriculum. The present three-storey building was erected by Martin & Co. in 1914. The adjoining playground was secured in 1915 courtesy Sir P.C. Lyon, member-in-charge of the education department and was named after him. The school archive has a photo of the gymnasium inside the school campus, which was in existence even as late as 1950.

English being taught by “Sahibs”

The best teachers of Bengal were hired at The Oriental Seminary. English had to be taught by the Sahibs themselves. So the patrons of the school were always on the lookout for Englishmen who had been thrown out of their jobs on grounds of moral turpitude. They agreed to take up the teaching jobs on a low salary. Many of them turned out to be wonderful teachers. Auddy had once gone on a mission to Serampore to secure a teacher for his school from Serampore. On his return journey, he had an accidental death on 3rd of March, 1846 in a severe storm in the Hooghly River. 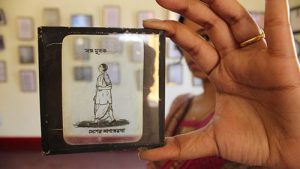 Unfortunately, a portrait of the founder of the school is conspicuously absent in the school archive. C.P Ghosal, a senior English teacher at The Oriental Seminary and the driving force behind the formation of the archive, laments that no pictorial likeness of Gour Mohan Auddy was available among the archival material.  In 1846, photography was a nascent art in the west. It had not yet touched the shores of India. Portraitures on canvas were popular among the zamindars, but not so much among the merchants.

There is no picture of the first school building erected in 1829 or its branches erected in the subsequent years. The early history of the school is documented primarily through letters and legal documents and mention of the school in gazettes and reports.  The Educational Despatch of 1854 mentions thus:

Seminaries such as the Oriental Seminary in Calcutta, which have been established by highly educated natives, a class of places of instruction which we are glad to learn is daily increasing in number and efficiency. 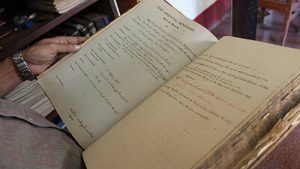 In 1853, the students of The Oriental Seminary School raised a fund of Rs.800 to stage Shakespeare’s plays. They formed a group called ‘Oriental Theatre’ and set up a stage in the school campus. ‘Othello’ was staged on 26 Sept.1853, under the direction of Clinger of Sans Souci Theatre. The show was advertised in two newspapers– ‘Bengal Harkaru’ and ‘The Citizen’. W.C. Bonnerjee, who later became the first President of the Indian National Congress, was one of the main organisers of the event. He sold tickets from Spencer’s Hostel at Rs.2/- per ticket.  Oriental Theatre later staged Shakespeare’s ‘Merchant of Venice’ and ‘Henry IV’. They also staged Henry Meredith Parker’s play ‘Amateur’. Later on the group turned to staging Bengali plays. It began with Ramnarayan Tarkaratna’s play ‘Kulin Kul Sarbaswa’. Subsequently, the group was dismantled. The Seminary celebrated its centenary on 5th March 1929 under the presidency of Stanley Jackson, Governor of Bengal. The 150th anniversary of the school was also celebrated with suitable pomp in 1979. 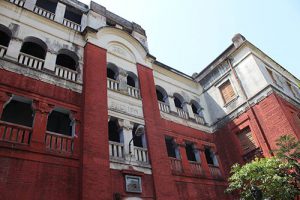 The oldest documents in the archive are reports on the school in newspapers dating back to 1830 to 1832 and the original annual reports of the school since 1881. Rashbehari Roy, a headmaster of the school in 1960s had been caring enough to preserve some of the old documents. The rest was salvaged by C.P Ghosal and his colleague Payal Dey from the school library, where precious documents of the history of the school were lying neglected. Ghosal started the work of archiving in the year 1999, after the school edifice was declared a heritage site by Calcutta Corporation. The present edifice, which is more than a hundred years old, is itself an archive with marble plaques on its ancient walls, old books in the library and old oil paintings hanging from the walls. Ghosal decided to dig out all the available memorabilia and give them a pride of place in an archive. His work got a further impetus in 2004, when he had to bring out a souvenir on the occasion of the 175th anniversary of the Seminary.  The more he dug into the history of the school, the more he realized that there was more to be proud of than just the memory of Rabindra nath Tagore. However, it was not easy to get colleagues and the alumni interested in the development of the archive. About 30% of the teachers came forward to help with the fund raising for the setting up of the archive. More encouraging was the response of the well-wishers and history-lovers who are in no way associated with the school.

Some of the interesting artifacts on display in the archive are: 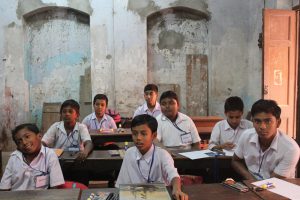 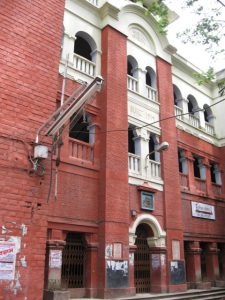 C.P Ghosal says that in the process of creating the archive of the school, he developed a deeper understanding of the evolving education scenario in 19th century and early 20th Century Bengal and the conflict between the Christian missionaries, radical nationalists and the orthodox Hindus. When Ishwarchandra Vidyasagar supported the abolition of ‘Sati’ and began movement for widow remarriage and ban on child marriage, these Hindu orthodox patrons of the Seminary put up a fight with him. They slandered him and tried to attack him physically. They held two Hindu Mahasabhas on the Seminary campus in 1930 and 1952. This is why Vidyasagar never visited The Oriental Seminary despite being the pioneer of education in Bengal in 19th century. He set up a new school — Metropolitan Institution. It became so popular that The Oriental Seminary began to suffer from lack of students. This is a long history. As the patrons of The Oriental Seminary were gold merchants, Vidyasagar decided that no student from baniya communities will be admitted to the Metropolitan Institution.    On asking which illustrious alumnus he would mark as the brightest luminary, Ghosal does not hesitate to answer, “W.C Bonnerjee”. Ghosal explains, “He saved the school from being sold out. As a barrister, he fought a prolonged legal battle to wrest the school from the clutches of the son of a former secretary of the school, who had declared that the school was his father’s property. That was in 1890s. Towards the end of the decade, Bonnerjee became the President of the managing committee of the school and continued till his death in 1906. Despite his busy schedule as barrister and a leader of the Indian nationalist movement, he looked after the school as much as was needed. No one loved the school more.” Sir Asutosh Mukherjee su          cceeded W.C. Bonnerjee as the president of the Seminary. An archive is a wonderful way of connecting the dots on the timeline, of tracing the course of history through memorabilia and documents. There are several schools in Kolkata that are more than 150 years old. History is hidden in the nooks and crannies of these ancient edifices, waiting to be discovered and archived.